Resolution of sexual conflict via sex-limitation and genomic imprinting 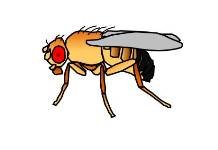 We found that males with a paternally inherited X-chromosome did indeed have lower fitness than males with a maternally inherited X-chromosome. However this difference in fitness disappeared after multiple generations of adaptation to paternal inheritance of the X, and male-limited X-chromosome evolution resulted, as expected, in an increase in male fitness of around 20%. In contrast to previous results, there was no concurrent decrease in female fitness. This may be due to dominance effects on the X, since X-linked sexually antagonistic genetic variation favouring males is expected to evolve to be recessive in females.

Gene expression data suggested that MLX males have upregulated expression of genes associated with metabolism, muscle activity, locomotory activity, and synaptic activity, while genes associated with chromosomal damage repair were downregulated. This is interesting because previous research suggests that locomotory activity is a sexually antagonistic trait with a substantial portion of the additive genetic variance located on the X-chromosome. Indeed, we found that MLX females had substantially increased locomotory activity. Contrary to the naive expectation, genes located on the X were not overrepresented among those whose expression had changed after MLX evolution; this is likely because of extensive regulatory functions of X-linked genes. Comparison with previous published data confirmed that upregulated genes were those which were positively associated with male fitness and negatively associated with female fitness. Conversely, downregulated genes were negatively associted with male fitness and positively associated with female fitness. There was no evidence of any effect of imprinting on gene expression levels, which is significant because imprinting is one of the proposed means of resolving intralocus sexual conflict. Rather, it seems that the observed decrease in fitness in males with a paternally inherited X-chromosome may be due to maternal effects.